Anyone who lives in or around Melbourne knows the weather forecast should always be taken with enough salt to induce heart failure. Grains need not apply.

“Showers” could mean 5 seconds of rain followed by a glorious sunny day and it could also mean flash flooding, winds that feel like they are coming straight from the Antarctic and if you play your cards right, a thunder storm thrown in for good measure.

We didn’t get a thunder storm, just enough rain to make my clothes feel like I’d got them out of the washing machine mid cycle , put them on and ran a marathon.

The Surf Coast Trail Marathon starts at the relatively reasonable time of 8:30am at the Salty Dog Cafe on the Torquay Foreshore, about 90 minutes drive from Melbourne on Victoria’s famous Surf Coast on the last weekend in June.

It was raining when we started and raining 5 and a bit hours later when I finished.

The course starts with a 3.5km dog leg on the sand towards Point Impossible before heading back to the Salty Dog and onwards on the Surf Coast Walk towards the Fairhaven Surf Life Saving Club. 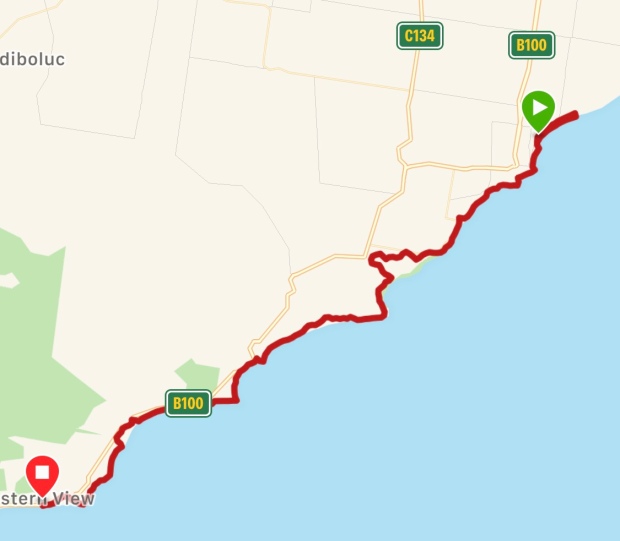 It’s one of those courses you could run any day of the week for free if you desire but it’s much more fun with a few hundred people, cow bells and aid stations along the way. (Click here for the Surf coast walk info- if you want to have a crack at some or all of the walk on your own)

It’s pretty hard to get lost and a great event for runners wanting to test out the trails for the first time. You just keep the beach to your left and follow the trail.

If it’s dry, you can run this event in road shoes, but as quite a few runners found out on the weekend, shoes with a bit more grip are required when it’s wet and muddy.

The trail is a combination of concrete footpath, hard packed gravel paths and beach sand.

I had taken a week off running, after feeling a funny twinge that I automatically thought was a stress fracture, so I came into the event usually fresh. So fresh I fact that I forgot to charge my watch! It had just 38% battery life when I started.

I hadn’t run this event in four years as it always corresponds with the Gold Coast Marathon, so normally I’m on the other side, volunteering at either a Marshall point or an aid station.

Last time I ran it, it was one of my first trails runs and I ran a 5:29 and change. I was sure I could better that but with the conditions I didn’t want to put any pressure on myself.

I set out pretty conservative, hiked the steeper hills and steps and tried to run the rest. I kept telling myself how “runnable” the course was and that I didn’t really have many excuses to walk.

The rain just kept coming down and we all just laughed amongst each other at how ridiculous it was that we got out of bed and paid actual money to spend 5+ hours in the rain and mud.

The course is pretty flat and runnable compared to a lot of the mountain races I’ve done with about 740m of elevation gain.

The “hard” part for me is the long stretches of sand. Mentally I really struggle with these sections. I found I could only run 20 seconds at a time on the sand at Portland but this sand was a lot more compact than Portland and you could run without half your leg sinking below the surface.

Instead of counting my usual 20 seconds, I kept shuffling passed quite a few people who clearly found the sand as difficult as me and waited for my watch to beep before I took a 20 second walk break. It was slow but I was moving.

I think I had about 10km to go when I realised I had a decent chance a PB on this course and tried to put my foot down.

That’s probably about the same time all the leading half marathon runners came barreling past on single track. The leading folks were polite, but from 10 to 30 ish were kinda rude, had headphones in and even knocked one poor lady into the scrub. Not cool folks. You might be in a hurry but that ain’t trail running! 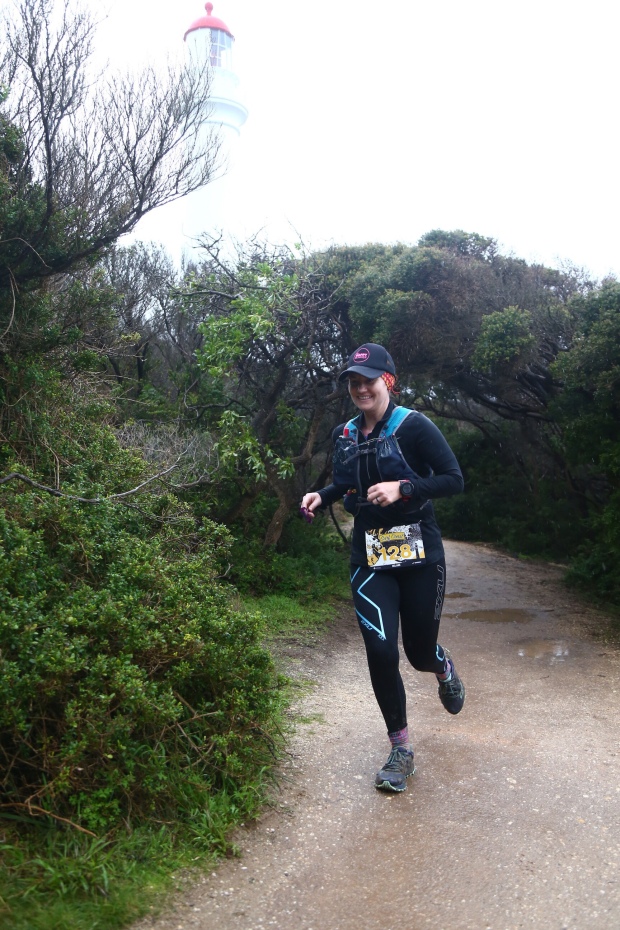 I don’t know where I pulled it from but my last few km’s were some of my fastest on the course.

The race finishes at the Fairhaven Surf Life saving club. With wet, muddy and tired runners everywhere I quickly got changed behind a kayak at the back of the club (apologies to anyone who may have been able to see me!) and headed to the Aireys Inlet pub for some much earned hot chips. 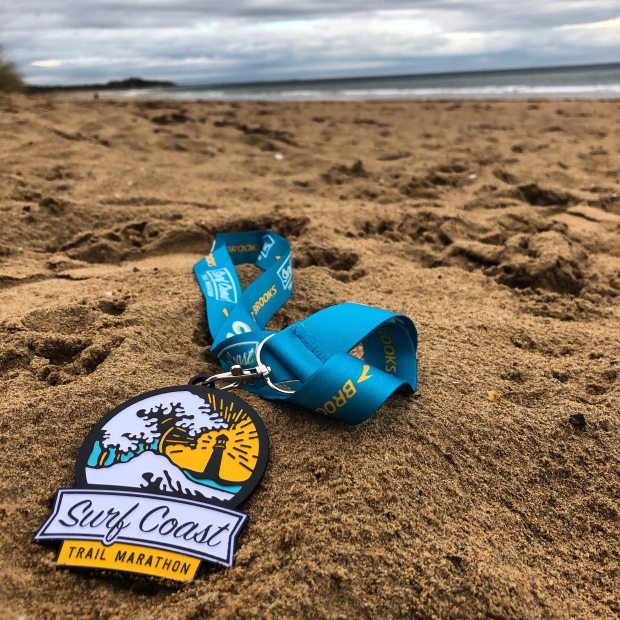 Until next year SCTM, I think I have a sub 5 in there somewhere. 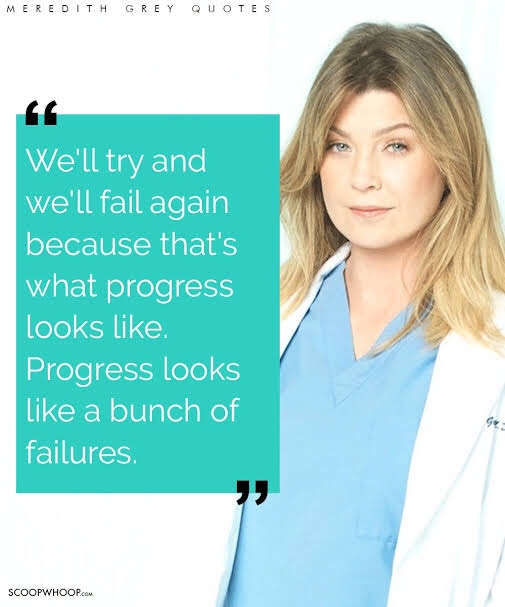