I have never been interested in Park Run. It’s short and it’s fast and I am good at neither of those. Anything short and fast is pretty much designed to hurt.

I know I know I can hear you saying, what running 100km in the bush doesn’t hurt? Well yes of course it does, but it’s a different kind of hurt. You don’t feel like your are drowning in your own fluid in an ultra. It’s more of a slow burn.

So I’ve been planning to get along to a Park Run for quite a while now.

I registered for Parkrun on the 13th of August 2014. Yep almost 5 years ago. I’m more than a little late for the party.

I planned to go each week. I planned to do my 5k time trial on my SquadRun training program there, without canine assistance. Funnily enough, I’ve also been planning on meeting my racing weight for 5 years too.

But what finally tipped me over the edge, was an ego, and it wasn’t even mine.

On Wednesday my work colleague said he could run a 30 min 5k…. in 2017. He said it the way we all think we can still do flips on the trampoline and hang upside down on the monkey bars at 37 when we haven’t done it since we were 7.

Nek minit, we are all signed up for Park Run, had laminated barcodes and poor Daniel had come up with so many excuses that he’d pushed his estimated finish time up to 45 minutes. The excuses were still coming out in group text messages 5 minutes before the scheduled start. No pressure, we laughed. I think he was regretting opening his big mouth.

I’d made my way down to Balyang Sanctuary Park Run, on the banks of the Barwon river in Geelong. 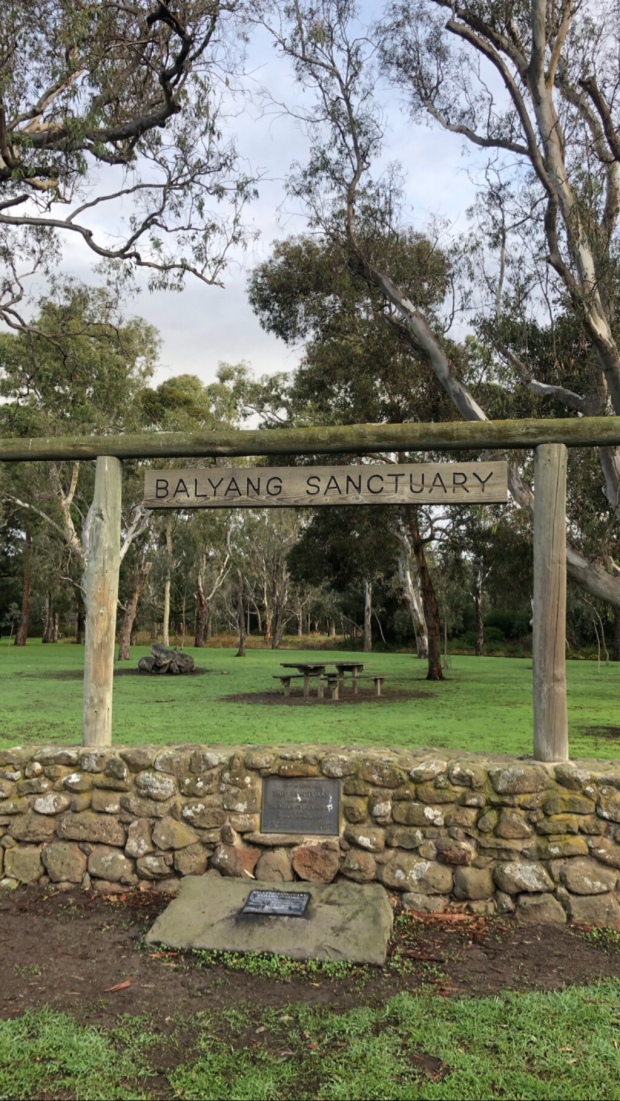 It’s essentially a flat course with a few short but relatively steep (if you’re in a hurry) hills. I picked it because I figured it would be faster than the other two Geelong area ParkRuns, You Yangs and Eastern gardens and it’s also an out and back course.

Haven’t never actually tried to race a 5k before I had no idea what I was doing.

When the volunteer said “go”, I went, literally as fast as I could.

Considering I had done a speed session with the dogs the night before and laps of the Flinder’s peak steps on Thursday night, my legs were less than impressed with my sudden urge to go fast.

Safe to say that urge to go fast didn’t last long and it was promptly replaced by every cell in my body screaming at me every excuse to stop it could come up with.

Despite the obvious hurt, I managed to make it through the 5km, only to be pipped at the post by a 12 year old in pigtails.

I finished my first park run in 25:21. I was pretty stoked but I know I can do better and have managed a sub 23 minute 5k being dragged by the crazy kelpie so I think the challenge is on for next time.

Daniel finishes in 31 minutes and agreed that signing up for Park Run was the worst idea we’ve ever had.